This report is the second in the DATA Club research series about the projects and tokens within the DATA Economy Index.

Brave’s Basic Attention Token (BAT) is an Ethereum-based token that derives its value from a scarce commodity, user attention, that is monetized through digital advertising. BAT is the 3rd largest token in the DATA Index, accounting for ~16.7% of the value of the index. It is also one the longest-running projects in the DATA Index, launched via one of the earliest Ethereum ICOs in May 2017.

BAT was created by Brave Software, Inc. (Brave) as part of their mission to return control and ownership of data to users. Brave is best known as the creator of the Brave Browser. Unlike Google Chrome and other web browsers, the Brave Browser is private-by-default because it automatically blocks ads and doesn't harvest user data. Rather, users own and are able to monetize their attention. That’s where BAT comes in. Through the Brave Rewards program, users of the Brave Browser can opt-in to receive privacy-preserving ads (user data never leaves the local browser), and are paid with BAT tokens for their scarce attention. 70% of the revenue from Brave’s privacy-preserving ads is returned in the form of BAT to users that opt-in to the Rewards program.

How BAT could disrupt Google’s monopoly

While Google still retains its dominance over the browser and search markets, Brave is gaining significant traction. Over the past two years, Brave’s daily active users (DAU) have grown from 3 million to 14 million users, a >115% compound annual growth rate.

If Brave is able to sustain this growth rate, it will eclipse Chrome's user base in 7 years.

The growth in users has attracted both creators and advertisers to Brave’s ad network. Brave verified publishers and creators, who are rewarded with BAT for content published across internet platforms like YouTube and Twitter, have increased >4x in two years to nearly 1.3 million in October 2021.

And active ad campaigns run by advertisers like Verizon, BlockFi, and others have exploded ~5x since the beginning of 2021.

In turn, advertisers’ increasing demand for Brave ad campaigns has driven purchases of BAT tokens. When an advertiser runs a campaign, they pay Brave in USD or BAT to run their campaign. For ad campaigns purchased with USD, Brave purchases BAT with the ad spend to reward users for their attention. In 2021, Brave-initiated purchases of BAT have increased 5x year-to-date over the same period in 2020.

Increasing demand for BAT has driven the price to rise nearly 6x since the beginning of the year, outperforming Bitcoin.

If Brave succeeds in its goal of disrupting Google’s monopoly, BAT could be worth 1000x what it is today.

There is no doubt that the Brave Browser has made significant advances in the past five years, but Brave hasn’t achieved escape velocity adoption rates like Google Chrome did when it was first released. Chrome browser went from 0% to 50% browser market share in just 8 years, while Brave Browser was released over 5 years ago and it is still below 1% market share.

One of the reason’s Google Chrome was so successful is that Google originally attracted users to Chrome by defaulting to Google’s superior search engine. Now, it keeps users in its ecosystem by offering an integrated suite of free products like GMail and Maps.

Many Brave users use the Brave browser to access Google’s services like Gmail, Maps, Drive, and others. That sticky ecosystem poses significant challenges for Brave. However, Brave is rapidly developing its own ecosystem of products and services. For example, Google was Brave’s default search engine until Brave launched its own in June 2021 and made it its default in October 2021. This is a significant step for the Brave ecosystem. More than 80% of Google’s revenue comes from search, where it has over 90% market share. Until just last month, Google was profiting from its advertising model within the Brave system by default.

Brave can now bootstrap its internal search engine in a way that other Google competitors like Bing and DuckDuckGo never could. Crucially, it can pay 70% of the revenues generated from ads delivered via search back to users in the form of BAT tokens. It can also embed privacy-preserving ads in newly launched products like Brave News (December 2020), or potential future products like “Brave Email”, to generate even more income in the form of BAT for users to make the ecosystem more compelling to switch from Google.

Brave can also attract users into its ecosystem by building the first user-friendly, crypto-native web browser. Brave just launched Brave Wallet, a browser-native crypto wallet with no extension required, already supports blockchain domain names from Ethereum Name Service (ENS) and Unstoppable Domains, and even offers native support for Interplanetary File System (IPFS) in the Brave Browser. Brave could also offer services that compete with Google’s ecosystem through a user-friendly frontend to crypto-native backend services. For instance, a “Brave Drive” akin to Google Drive could be powered by Filecoin and IPFS as a decentralized backend instead of by centrally-controlled servers like Google Cloud. This way users always retain ownership of their data, accessible via their crypto wallet, without becoming locked into a centralized storage provider service, or “walled garden”, like Google Drive.

Brave also recently announced a partnership with Solana, the second largest smart contract blockchain after Ethereum. Through the partnership, Brave will integrate the Solana blockchain into the Brave browser, defaulting to Solana for cross-chain and Solana native DApps. Solana’s ultra-low transaction fees, costing users less than $0.001 per transaction, enable Brave to onboard millions of users into crypto-native applications. In addition, Brave’s integration with Solana enables the implementation of the THEMIS protocol, a key milestone in the BAT 2.0 roadmap to progressively decentralize the Brave ad network.

The Crypto Rating Council, established by Coinbase, Kraken, Circle, Bittrex, and Grayscale, uses a points-based rating system to determine whether or not a digital asset falls under U.S. securities law using guidance from the SEC. Cryptoassets are scored from 1.0 to 5.0, where 1.0 is the least security-like and 5.0 is the most like a security. For reference, Bitcoin scores a 1.0, Ethereum a 2.0, and XRP, currently in the midst of a lawsuit with the SEC, a 4.0. BAT received a score of 2.0, the same as Ethereum, which the CFTC has clarified is a non-security commodity.

Meanwhile, the total addressable market (TAM) for BAT is astronomically high. If Brave succeeds in disrupting Google’s search monopoly, the market capitalization of Brave’s native token, Basic Attention Token (BAT), would be worth >1000x what it is today if the network captured Google’s value.

BAT’s potential may be higher still if it achieves the goals outlined in the BAT whitepaper, becoming a web protocol and standard outside of the Brave Browser. Digital advertising is a $350 billion annual market that is expected to grow to over $780 billion by 2026. Accruing value from user attention on other platforms that generate revenue through digital advertising like Facebook or Twitter could further grow BAT’s market capitalization.

While BAT’s medium-of-exchange token model has been criticized in the past as an ineffective mechanism for value accrual, these criticisms have not stopped BAT and other medium-of-exchange tokens like LINK, also included in the DATA Index, from gaining significant market value. BAT token price has increased ~6x since the beginning of the year as advertisers have purchased more BAT tokens to run their ad campaigns. More dramatically, LINK token price has grown >150x since its ICO in 2017 and is one of the top 20 most valuable crypoassets. While theoretically criticisms of BAT tokenomics may have some merit, in practice these arguments have been falsified by the performance of these tokens over time.

About Titans of Data

We are a coalition of innovators, operators, and investors in the data economy. We are cultivating a more open, secure, and equitable internet where everyone, including robots, are equals when facing opportunities in Web3. Through our research, we curate innovation to bring the data economy into the mainstream.

About the Data Economy Index

The Data Economy Index is a digital asset index capturing the growth of data-based products and services. 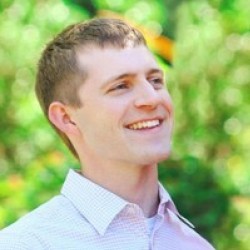